Don’t Show the Soles of Your Shoes 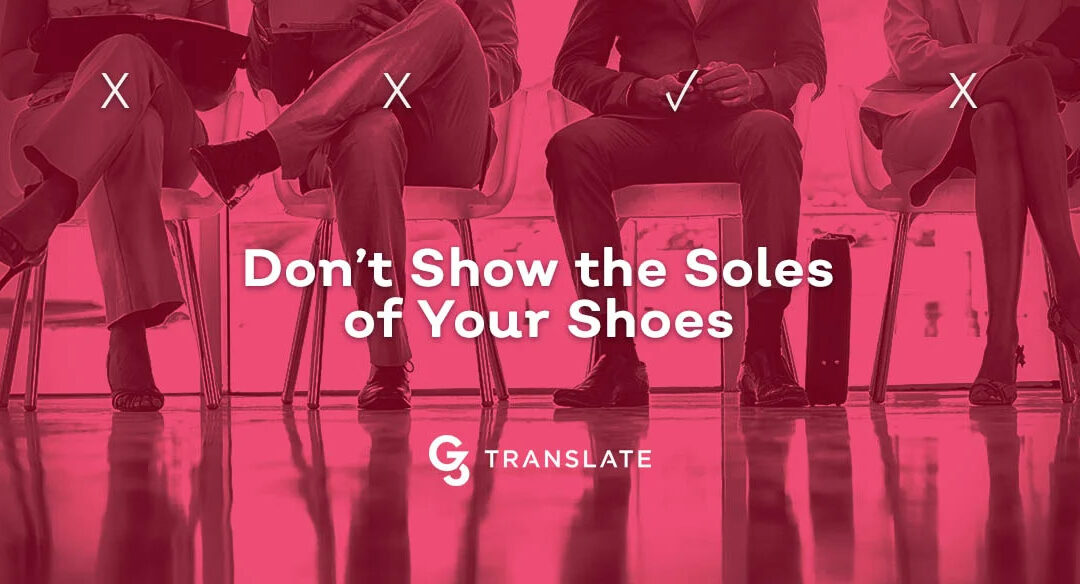 As an expert in your industry, you are consistently updating your knowledge base with pertinent information and details about clients and corporate policies. You rely on knowing the facts and figures required to seal deals and work with partners. However, successful business trips abroad don’t only depend on the details in your briefcase.

Having a working knowledge of cultural differences as you visit foreign nations is essential to your success around the world. Many of our American gestures are pretty commonly understood across the globe, but some of them are insults. Consider these gestures to avoid while traveling:

As you prepare to travel to any foreign nation, it’s imperative to polish up your knowledge of local customs and taboos.

Opt-Out of Communication From Us